In addition to Skeeter getting a brother yesterday, she got to play with Grandpa Bill.  While we were messing around with Copper, Bill gleefully played with Skeeter.

I did do some Skeeter torture myself before Copper came, but I'm not nearly as evil as Bill.  All I did was rub her all over with the pool noodle and balance it on her back. 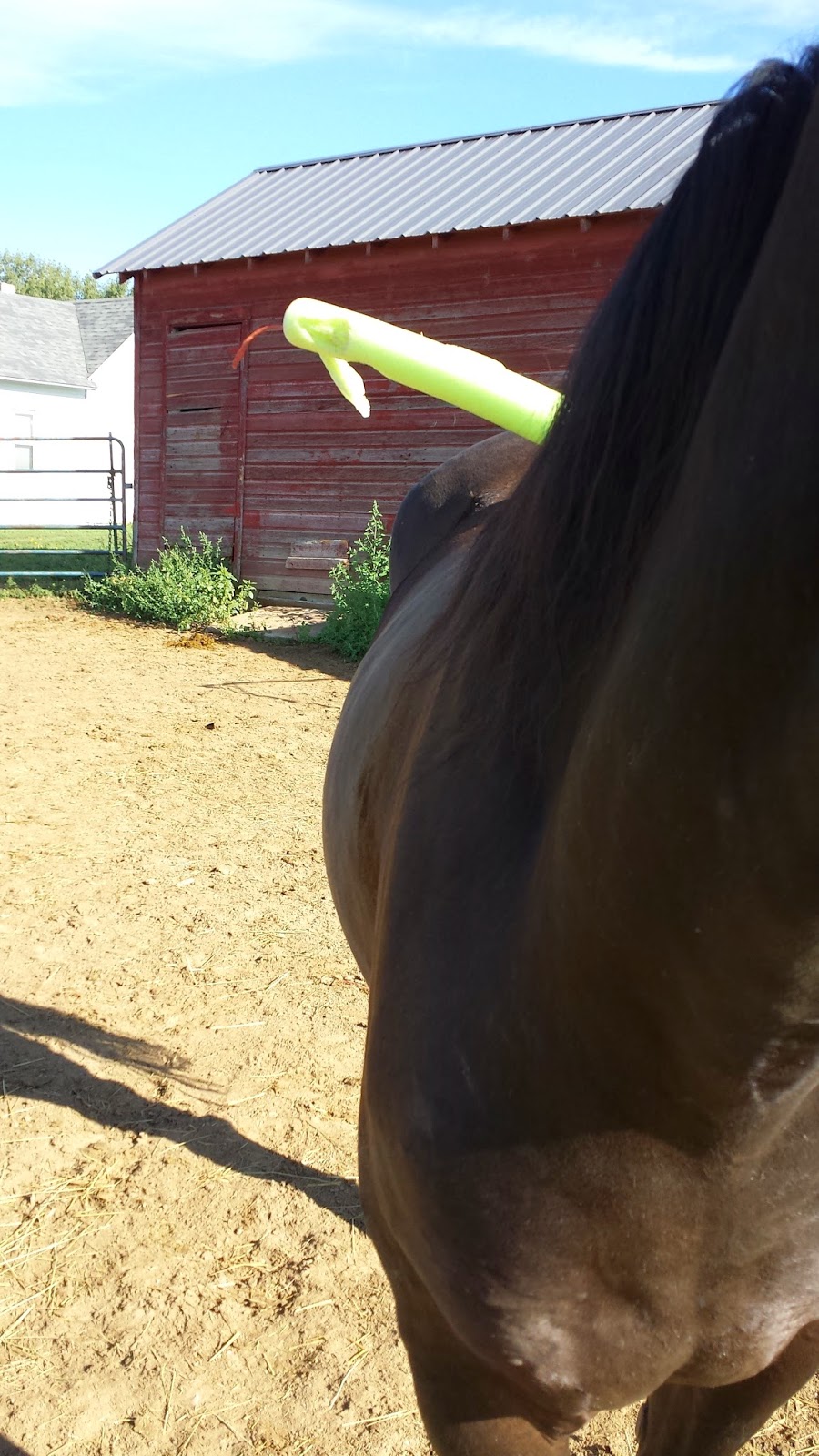 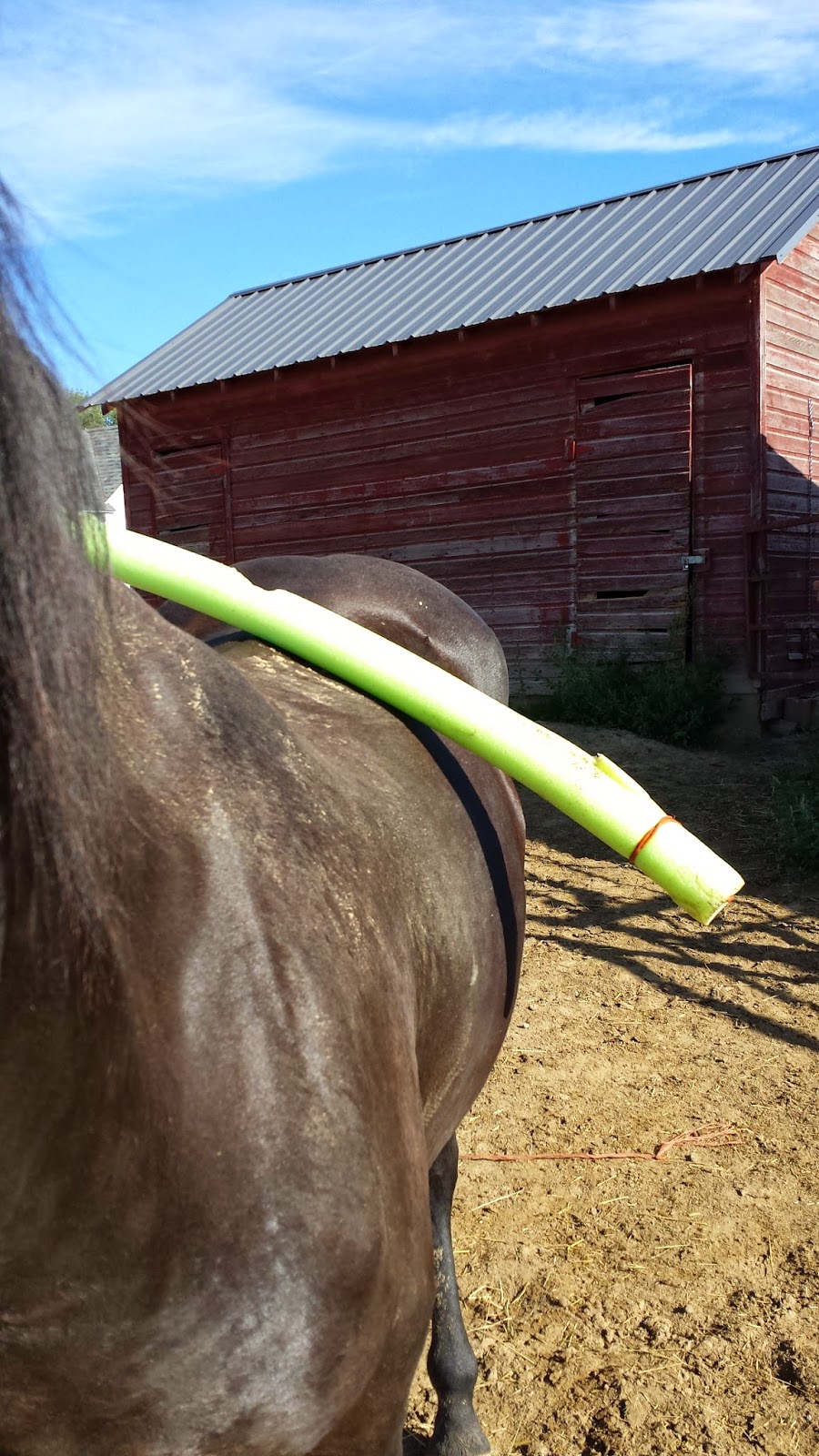 Bill, though, is truly an evil genius.  He saw the pool noodle on the ground and got an insane idea to just tie it around her neck.  Why would he even think about that?


It bothered her not one iota. 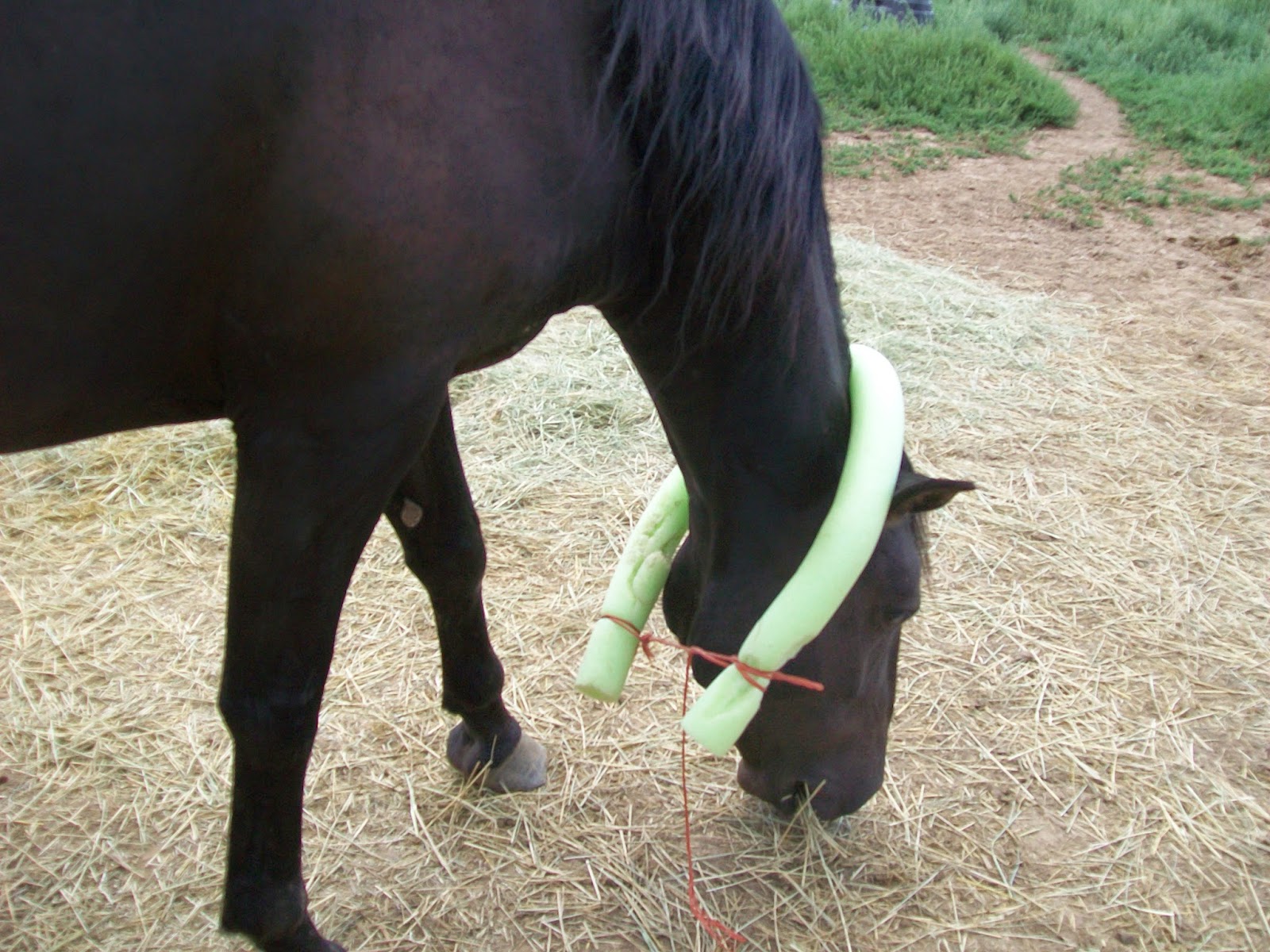 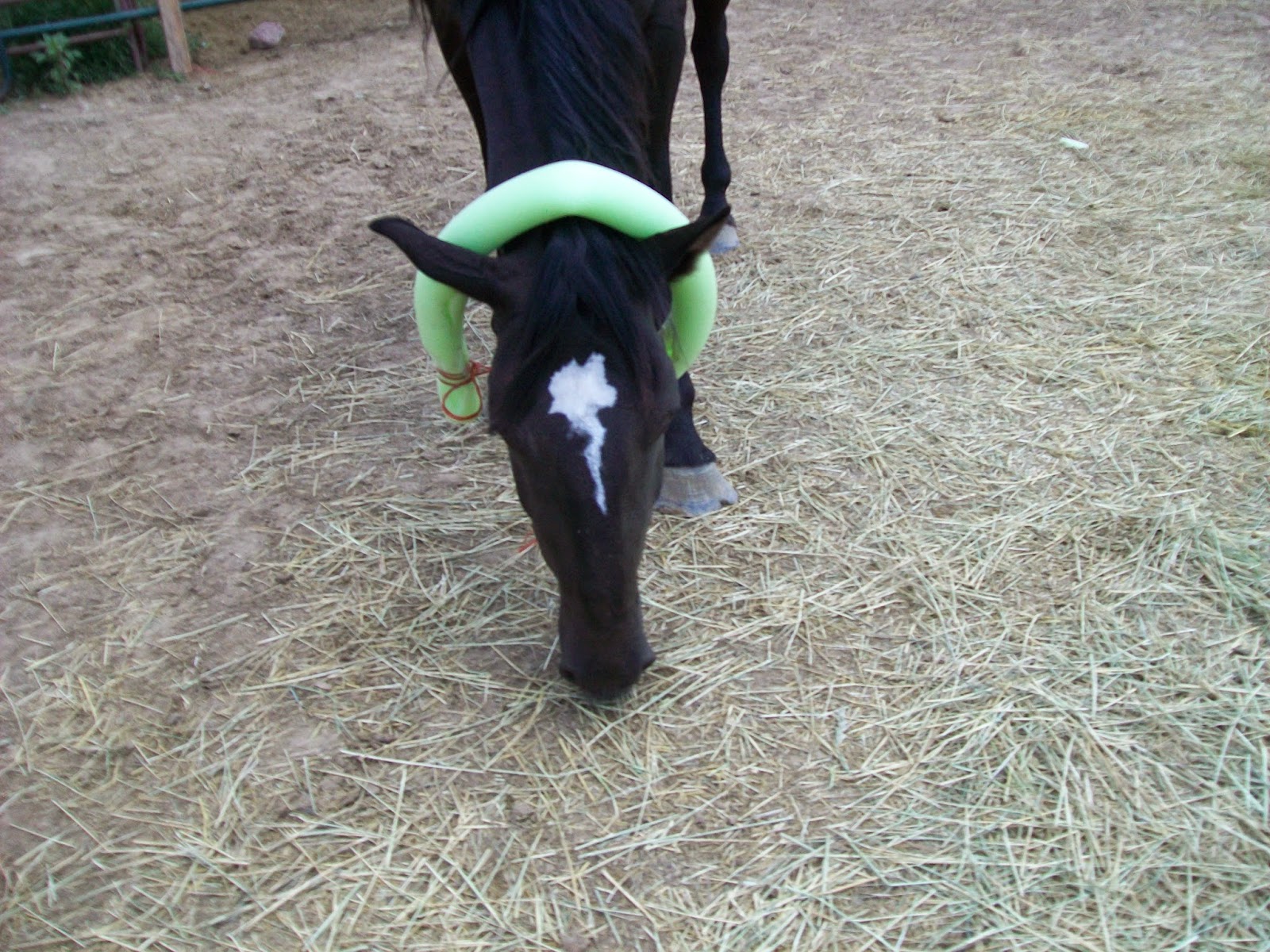 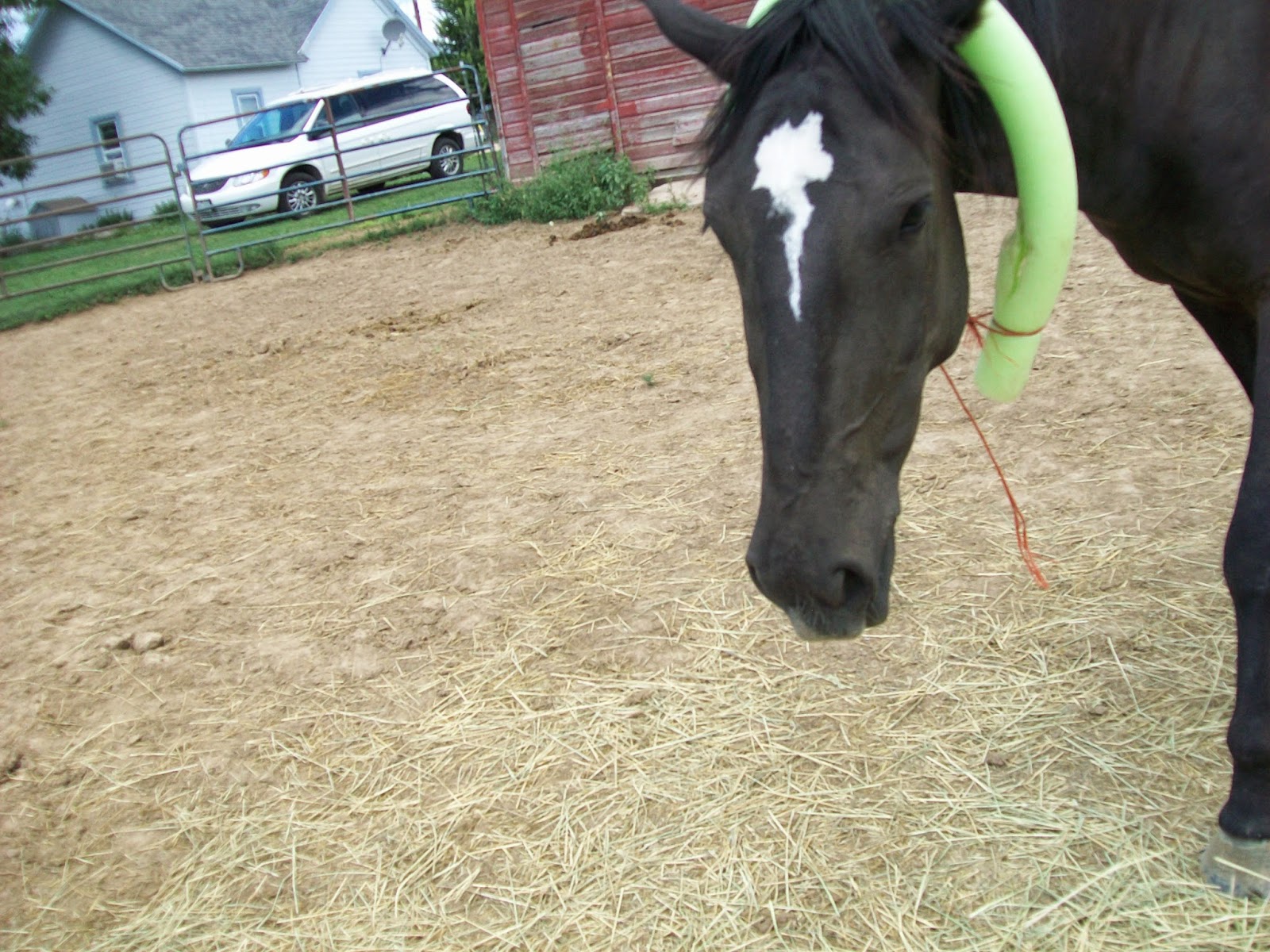 For the record, I told her not to let Bill do shit to her (way back when he hung the dog toy from her ear), that she'd regret it, but did she listen to me?  Nooooo.  What do I know?

He also decided it was time to start feeling her out for how she would do with weight on her back.  He has put pressure on her in the past and I've followed his lead, but I haven't yet thrown my body weight at her.  Our improvised mounting block is a black feed tub turned upside down, which makes it a bit too tall, but that's better than too short.

Skeeter handled it with her usual ho-hum attitude.  We're going to have to try it soon, I suppose :)

Try the poodle noodle on her ear! I did that to Shy, she was less than impressed. You are doing great with Skeeter :) And she seems to be taking thinks really well.

He tied her ears up with baling twine, one wrap around an ear, under her chin and up around the other ear. She didn't care.

Good girl Skeeter! Looks like she will take to riding just fine.