At our Posse meeting last week, the subject of gun training came up. That's something that we'll work on as a team, but I thought it would be a good idea to get a head start. With Skeeter as green as she is, I don't want to add too much to her plate.

I've got a few weeks before our annual spring training, so I thought I'd use the time to start desensitizing all of the horses to gunfire. They're use to hearing shotguns and rifles out in the surrounding fields, but nothing up close.

I pulled out the shotgun and my .22 pistol and got to work. This is a long, mostly boring video, but I think we made some good progress.

I had some hiccups with my shotgun (two years in storage, not enough oil), but once I get those sorted out, I'll try to get a few shots off each day at random intervals until it becomes a non-issue. I'll do the same with the .22. Once they're "over it", I'll move up in caliber.

The plan is to buy some blanks eventually, so that when we go on walks, I can just randomly fire off shots. We need them to be gun safe anywhere, not just at home. There are probably other, more "right" ways to make them gun safe, but I think this is what's going to work for us.
Posted by GunDiva at 10:05 PM 2 comments: Links to this post

There are some really cute videos of horses playing with toys floating around Facebook. There's the one of the horse playing with the squeaky toy and then there's this one of a horse playing with a giant stuffed animal. The videos are great fun to watch, and it gave me ideas for more desensitizing, so a few weeks ago I headed to the toy store.

I picked out a couple of squeaky dog toys at one store, and when the cashier was checking me out, he asked what kind of dog I had. He was a bit surprised when I told him the toys were for our horses and asked if they liked dog toys. Who knows? They've been playing with a milk jug full of rocks, maybe they'll appreciate the dog toys.

The first store I went to didn't have giant stuffed animals, so I went to a different store. There were some amazingly huge stuffed animals, but I had no intention of going broke for a toy that was going to get dragged through horse poop.


Impatiently, I waited for Jay to come home from work so we could go play with the horses. I wanted to see what they would do. Skeeter is usually very curious and brave, so I expected that she would be the first to play with the new toys. Oh boy, was I wrong! Miss Pearl and Copper were the brave ones. Skeeter took a sniff and then went away. 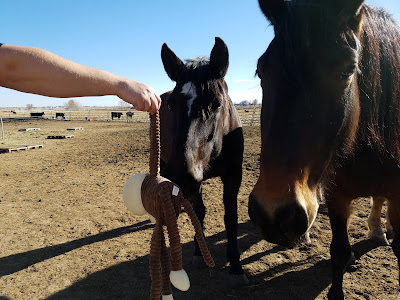 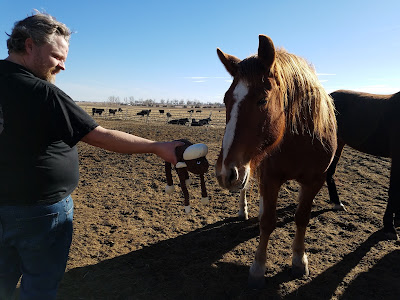 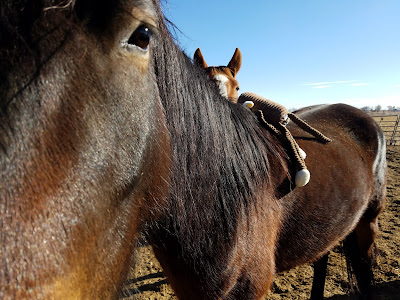 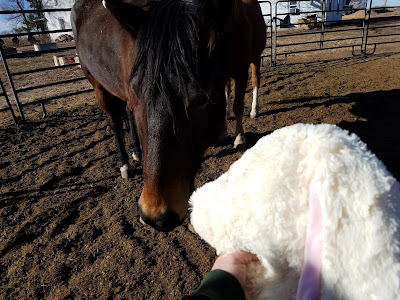 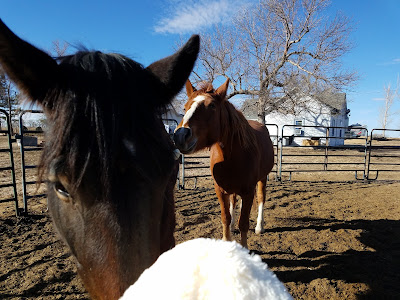 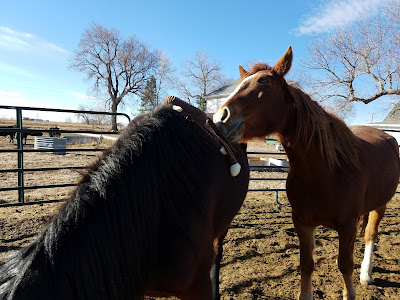 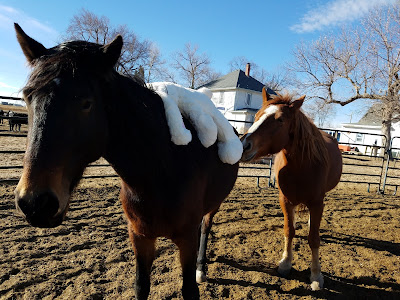 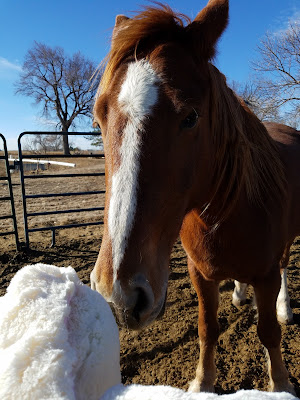 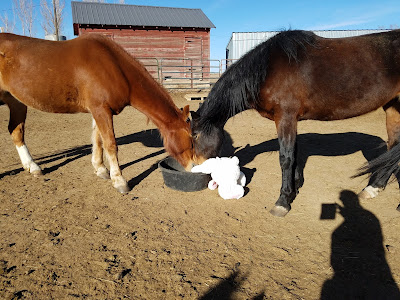 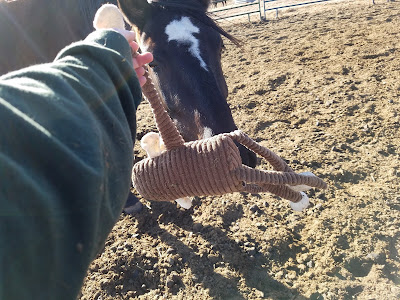 It really wasn't too terribly exciting. We could have caught the horses and forced the issue, but I prefer to let them explore on their own. We played with the toys for a while, then L.E. came over and played for a bit as well. As much as Skeeter pretends she doesn't want to play with the monkey, she claimed it when L.E. was playing with her. 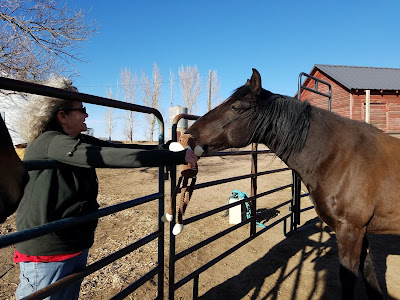 Copper claimed the giant bunny and will allow the others to sniff, but if they thought about playing with it, he moved them away from it. Eventually the new wore off, so we tied the toys to the sacrificial post just to see what they would do. 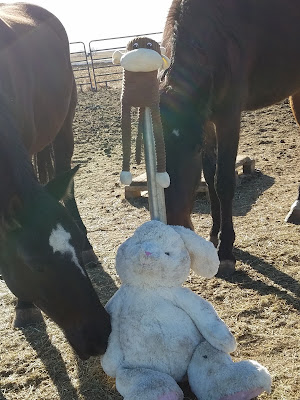 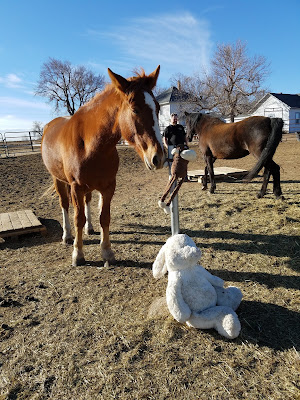 The sacrificial post amused us two-leggeds a lot more than it amused the four-leggeds. We got bored of watching them do nothing with the critters and went back in the house. A bit later, I looked out the window just in time to see Skeeter rip the monkey's face clean off. She had taken him off of the pole, had one foot on his belly and his face in her mouth. Game over for the monkey.


I fetched the monkey from the pen, along with the guts I didn't want them snuffling up. Poor Skeeter looked so forlorn about the fact I took her monkey away that I felt bad and finished gutting it, so she could have the 'hide' back to play with.

About an hour later, Jay looked out the window to see the rabbit carnage strewn about the pen. The rabbit was much larger than the monkey and had a lot more guts for us to clean up. A lot more.

I'm going to pat ourselves on our backs for doing a reasonably good job of desensitizing the horses - these were scary things and they didn't care one whit. They were just boring to watch with them. No fun crazy horse videos from our place, that's for sure.
Posted by GunDiva at 4:38 PM No comments: Links to this post