(I just mentioned to Jay that I was really glad that I've been better about updating the Facebook page than my blog, because as I'm going through my pictures for the year I don't always remember the stories behind them. The short blurbs I've posted on the FB page have helped jog my memory.)

February had its share of cold days, of course. But there was one day that was exceptionally cold with hoar frost. The farrier was due that day, and Mom and Bill had nothing better to do, so they drove down to help out with the horses. We froze our butts off and took some cute pictures of the horses before we cancelled the farrier. We'd hoped that the weather would get better throughout the day, but it didn't. 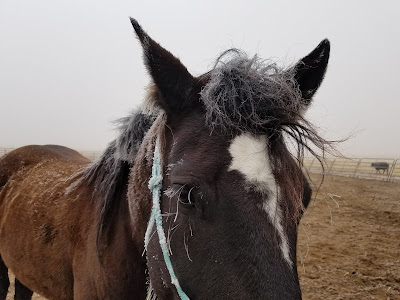 As the day wore on, the hoar frost grew and grew. While it was cold and miserable, the frost was gorgeous. Though the horses look cold, they were actually nice and warm unlike their humans.

No riding happened in March, but the Allenspark Cousins did come down to visit until it was warm enough for them to go back up to the lodge. It's always wonderful to see both herds together. 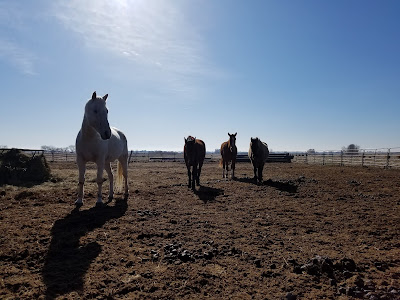 In April, Skeeter and I started our 40-hour posse training. It did not go well, as you might recall. I mean, it could have been worse, but it also could have been better. Day 1 of training is here, and Day 2 here. The day after training, we sadly had a funeral for our former posse team leader. When I got home from the funeral, Mom and Bill were waiting and insisted I get up on a horse. Bill had been itching to ride Skeets, so I climbed up on Washoe. So far, this is the only picture of me on a horse in my uniform and it's not even my horse! I'm probably breaking all sorts of rules by posting this, so ssshhhhhh.... (p.s. the hellhat is not part of my uniform.) 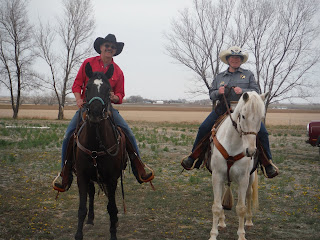 More pictures of the Allenspark Cousins, just because they make me happy. 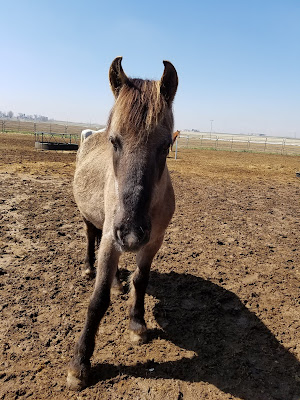 I don't know what happened in May, but zero riding got done. Sometimes I blink and it's a whole new month. I'm pretty sure that's what happened. There is evidence that I talked to and loved on my horse, but did not get up on her. 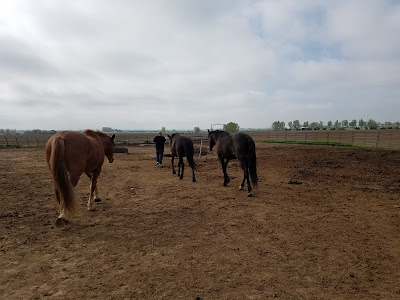 Come June, we attempted to finish up our 40 hour training. Attempted is the key word. It didn't go much better than it had in April. I'm fairly certain that's because we ended on such a poor note, she now associates the posse arena with bad stuff, not good stuff. Day 1 is here, and Day 2 is here. June didn't entirely suck, though. We moved Skeeter up to the mountain, where she is happiest. Autobot and Skeeter spent a lot of time together throughout the summer, which made it really nice when I went up once a week or so to ride. 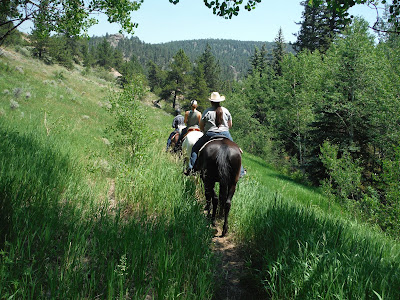 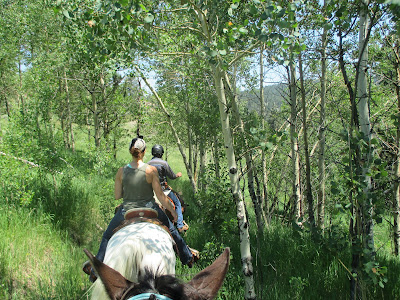 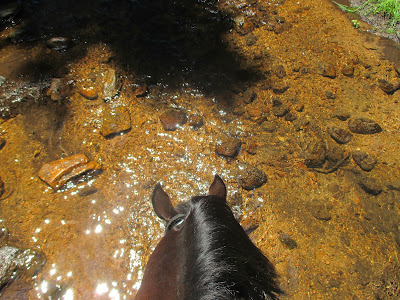 We found out during that first ride that Skeeter did not want to cross the "big" water. It's about 4 inches deep and 15 feet across, but it was no bueno. I dismounted and finally got her across. We had no problems crossing it to come home. We are both much happier on the mountain than anywhere else.

July was full of riding, even if it started on a not-great note. Skeeter managed to pick up a stone bruise, but we thought she'd be okay for a short ride in Estes' memory. I was wrong. While she didn't look lame, once we added my weight and started up the hill, it was obvious that she was still hurting.

By 4th of July, she was feeling good enough to ride in the parade with Autobot, where they did so well. Because of my volunteer duties with the posse, I didn't think I'd make it up to the lodge in time to see the parade, but I'm glad I did. 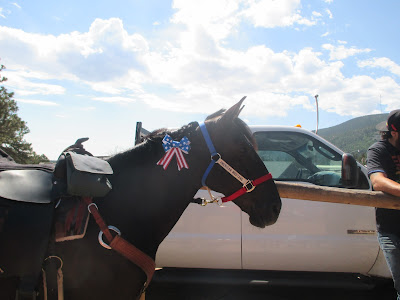 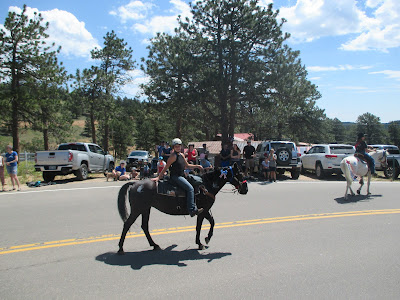 Autobot and I had a great birthday ride. She took out Washoe, and I went out on Skeeter. Skeets did amazing. We got ourselves in a bit of a bind and she managed to think her way out of it. I came back from the ride all grins. Skeeter was pretty proud of herself, too. You should have seen the smug look on her face when we got back to the lodge. 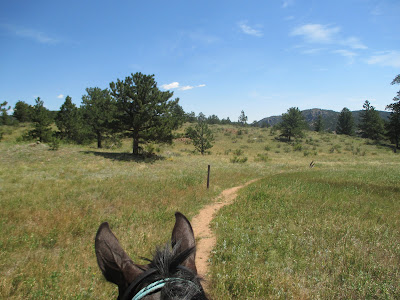 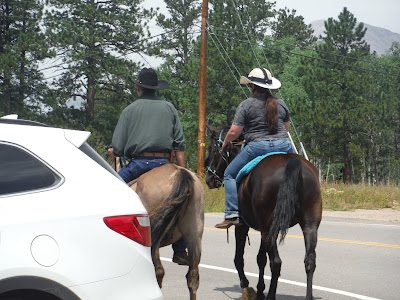 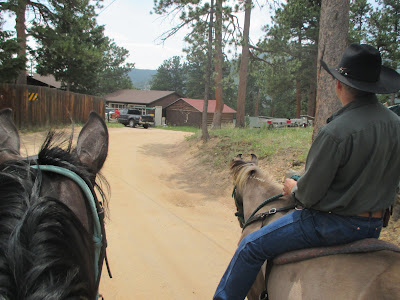 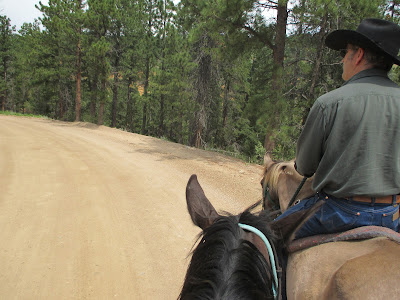